“There’s always a sense of pride derived from closing out a business transaction for a client. The smallest transactions can sometimes be the most difficult to complete, but when you are done, you are satisfied that you helped to advance your client’s business.” 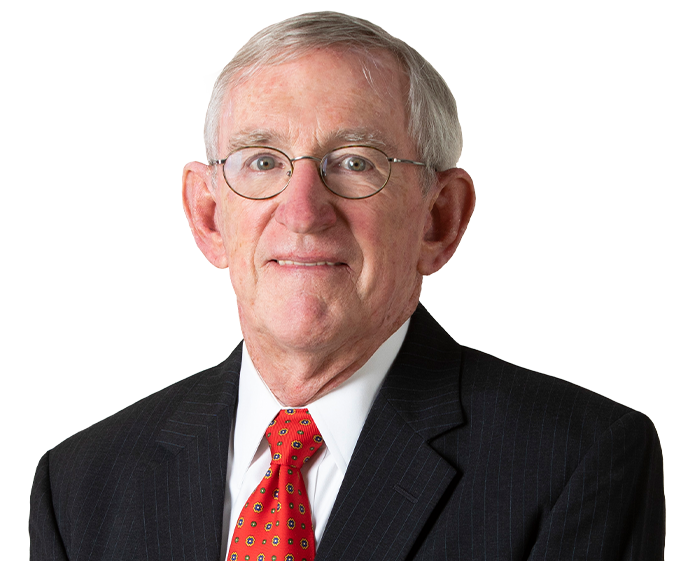 Max is senior of counsel for the firm and has been practicing law in Houston since 1973.

Today, he is known for his resourceful strategy and in-depth knowledge of the law. Max represents private companies in corporate and commercial real estate matters  and concentrates his practice around real estate and corporate transactional work.

During his time at Bracewell, Max focused on commercial real estate and lending transactions and later headed a group within the firm that defended banking clients in lender liability suits. After almost 19 years at Bracewell, Max took a break to obtain his Masters of Laws in Energy, Environment and Natural Resources Law from the University of Houston Law Center.

In 1992, Max became General Counsel and Corporate Secretary for Sterling Chemicals Inc., a publicly held petrochemical company. There he administered all of Sterling’s legal affairs, supervised the in-house legal department, coordinated the efforts of outside counsel and served on the company’s senior management committee. He was later promoted to Vice President and led the legal team that sold the company in 1996. After leaving Sterling Chemicals in 1997, Max served as Vice President and General counsel of Hickory Acquisitions Group, Inc. and in 1999, he joined Eggleston + Briscoe, LLP as senior of counsel.

Represented clients in legal matters such as:

Max has had a distinguished military career in the United States Coast Guard. He was stationed in Galveston, Texas and served as an executive officer on a patrol boat in South Viet Nam. For his service, Max is the recipient of the Navy Commendation Medal with Combat “V” and Combat Action Ribbon. Max has been married for more than 50 years and enjoys chasing after his twin grandchildren.