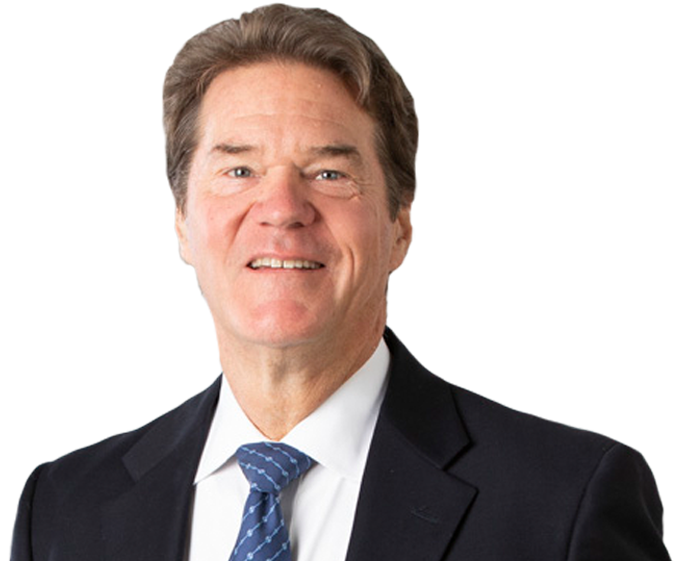 Monty’s recent trial accomplishments include the successful defense of a Houston area homebuilder, the overturning of a multi-million dollar rogue insurance appraisal award, and the successful defense of a major fire loss insurance claim that resulted with a finding of arson. Monty is ‘AV’ Preeminent rated and has been recognized as a Texas Top Rated Lawyer by Martindale-Hubbell.

Monty began developing his courtroom skills at the side of his father, former Harris County District Attorney, Frank Briscoe, and as a champion advocate in South Texas College of Law’s prestigious moot court program. He has achieved an outstanding record in trial, in appellate matters and in pre-trial and pre-suit dispute resolution. In addition to representation of individuals and public and private companies, such as builders and business owners for more than 35 years, Monty’s practice has been significantly devoted to representation of insurance carriers and their policyholders, handling first-party property claims, casualty claims, subrogation matters, wrongful death, major injury, liquor liability “dram shop” claims, and construction litigation. Throughout his career, Monty has represented insurance clients in multi-million dollar coverage and Insurance Code disputes and lawsuits arising from hurricanes, tornadoes, floods, hail, wind and fire.

Monty is a native and life-long resident of Houston and a sixth generation Texan with deep family roots. He and his wife, Marla, also a lawyer, have two children, and are members of St. Luke’s United Methodist Church.

Monty received his Bachelor of Arts Degree from Washington & Lee University where he was very active in student government and oversight of W&L’s renowned Honor Code as a member of the University Council, the Student Affairs Committee and President of the Inter-Fraternity Council leading to his election to Who’s Who Among Students in American Colleges and Universities

For his law degree, Monty attended South Texas College of Law. Being in downtown Houston, Monty gained early valuable experience working at the District Clerk’s office, in private practice and at the District Attorney’s office where he received his first courtroom experience while still in law school. At South Texas, highly regarded for its moot court and advocacy programs, Monty took first place in the Spurgeon Bell Moot Court Competition in Appellate Advocacy and also participated in the University of Richmond Law Conference at Cambridge University in England.

After graduating from law school, Monty joined the litigation firm of Taylor & Eggleston, and soon thereafter became a partner in that firm before establishing Eggleston + Briscoe in 1999, with his long-time friend and trial partner, Bill Eggleston.

Monty is licensed to practice law in Texas trial and appellate courts as well as before the United States Court of Appeals for the Fifth Circuit and the United States District Courts for the Southern, Northern, Eastern and Western Districts of Texas. He is a member of the State Bar of Texas, Houston Bar Association, Loss Executives Association, Defense Research Institute and Texas Association of Defense Counsel.

Monty is one of a handful of Texas lawyers to overturn a rogue insurance appraisal award in a jury trial.