“Every client matter has its own unique set of challenges. As their trusted counsel, it is my job to understand what is causing them heartburn and implement an effective strategy that will achieve their desired outcome.” 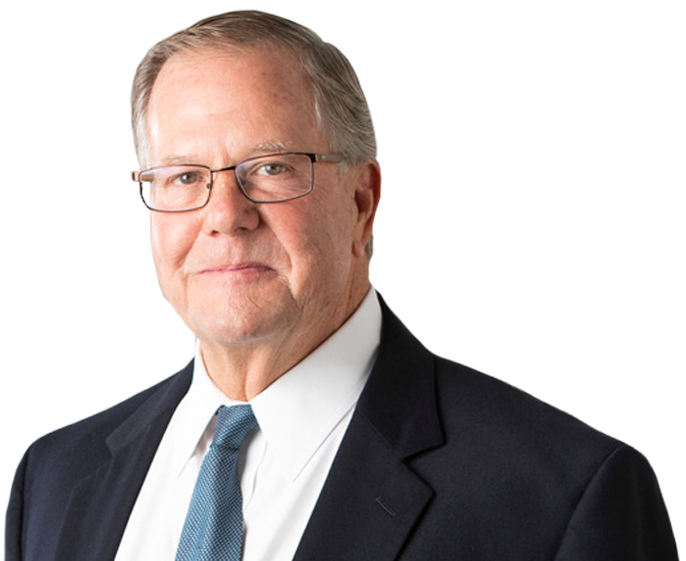 William “Bill” J. Eggleston is the firm founder and a respected trial lawyer who focuses on high-stakes lawsuits involving civil business and insurance litigation. With more than 35 years of experience in the courtroom, Bill’s trial skills have been tested in both state and federal courts where he has successfully obtained favorable verdicts and/or settlements on behalf of his clients.

In 2011, Bill secured a take-nothing jury trial win on behalf of a property insurer being sued for $22 million by a townhouse homeowners association for alleged breach of contract and bad faith. He also recently helped gain acquittal of a local doctor sued in civil court for wrongful death and charged criminally with murder.

In 1982, he resumed private practice and, shortly thereafter, teamed up with a colleague to create Taylor & Eggleston, a trial firm that specialized in business litigation and insurance defense. In 1999, the firm changed its name to Eggleston + Briscoe.

Bill is licensed to practice in Texas trial and appellate courts, as well as before the U.S. Supreme Court, the U.S. Court of Appeals for the Fifth Circuit and all U.S. District Courts of Texas.

Bill’s capabilities as a dynamic trial lawyer also have earned him selection to some of the most elite professional organizations and legal rankings. The Texas Bar Foundation also included him among the top third of 1 percent of Texas attorneys to be a Fellow. Election to the Fellows is one of the highest honors that can be bestowed upon a member of the State Bar of Texas.

Additionally, Bill has earned an AV Preeminent rating by Martindale-Hubbell since 2012. He also was named a Texas Super Lawyer from 2014-2017 and was honored by H Magazine as a “Houston Top Lawyer.”

Bill is an instrument-rated pilot and an accomplished team roper.